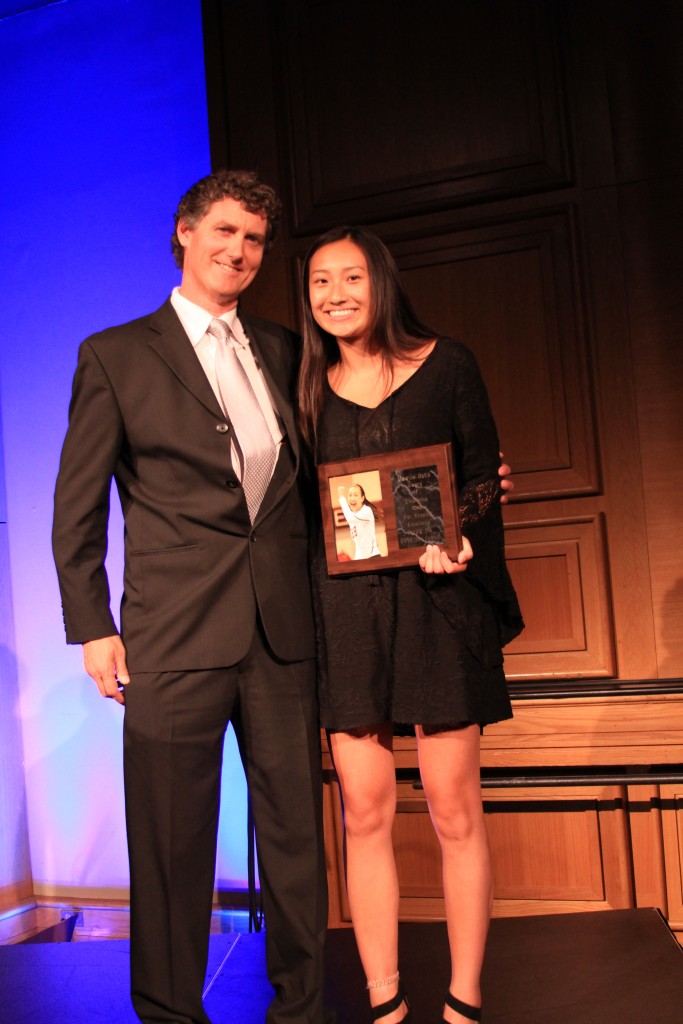 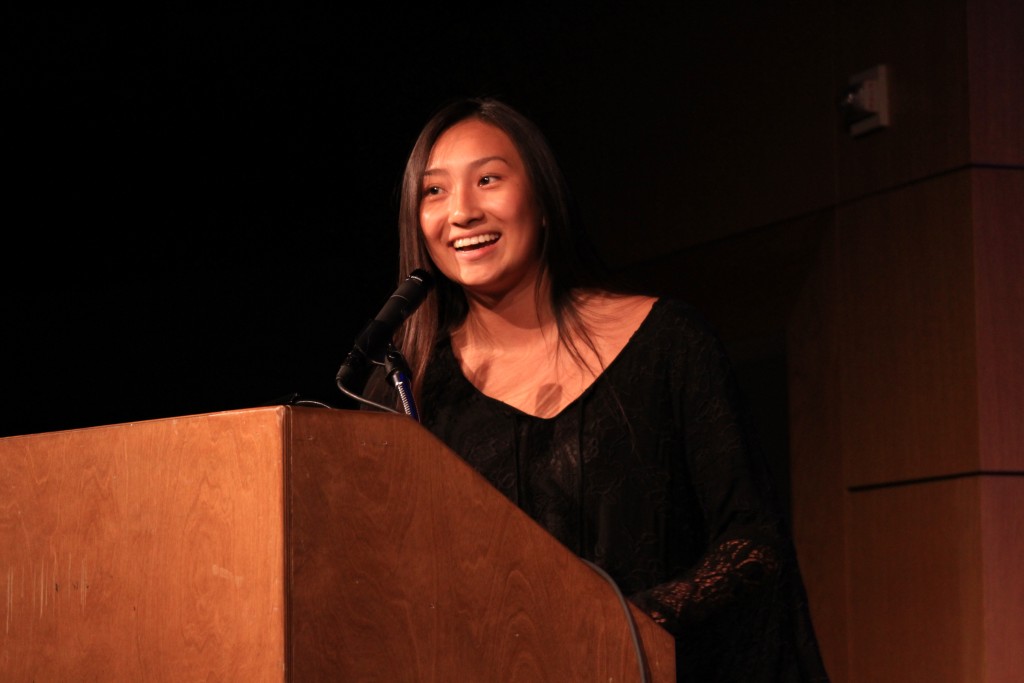 The following speech was made by 2017 Mo Award winner, Emily King on June 9, 2018 as she announced the 2018 Maurice Batie Award of Excellence.

First, I want to thank everyone for having me back, as it is an absolute honor to be standing in front of all of you to announce this year’s Maurice Batie Award of Excellence recipient.  Despite how cliché it sounds, I remember receiving this highly acclaimed award one year ago like it was yesterday.  I can still recall the list of names of people running through my head that I thought were more than deserving of receiving this award.  And I remember how the list narrowed down as Haley described the recipient until finally my name was called, a name that was never in my pool of candidates.  I remember how for a moment I lost my breath and how my entire body shook. I remember trying so hard to thank everyone who had a major impact on me during my time at Lights, as they were the real reason why I had so graciously been given the award.  Finally, I remember walking off the stage in a daze, and then the tears that immediately formed and so freely flowed.  I was in complete shock, to say the least.  As I look back at my experience a year ago, rather than trying to explain what it meant to receive this honor, I think recapping this intense physiological and emotional response says more than any words could about how much of a privilege it is to receive this award – an award dedicated to honoring the legacy of Maurice Batie himself.  For me, it was a very humbling experience, and I feel extremely blessed to be able to share this special honor with the talented athletes and amazing people who have come before me as well as those who will be recognized in the years to come.

For those who have not yet heard of Maurice Batie, and as a reminder for those who have, he was a great coach and friend to many, especially within the Northern Lights community. He was constantly committed to excellence and was someone who made it a priority to surround himself with good people.  Unfortunately, a little over 18 years ago, Maurice passed away.  However, he left a lasting mark on this community that we are all so lucky to be a part of.  As a tribute to Maurice and all that he stood for, every year a graduating senior is honored with an award in his name.  This distinction is given to the person that Maurice himself would describe as “a player” and “good people” – two of his signature phrases.  A player is someone who completely submerges herself in the sport, dedicating an abundance of time to make herself and those around her better on the court.  She is an athlete who has fallen in love with the game and demonstrates it in each and every rep.  Good people are those who exude loyalty, kindness, and unwavering positivity both on and off the court.  They are the ones who we look towards to raise our spirits, and they are often a source of inspiration for many.

With confidence, I can say that this year’s winner possesses all these qualities and more.  Although I never had the chance to play with her, it was impossible to play at Lights and not hear all the wonderful things about her.  As a player, her focus and determination proved to be victorious, as during her career at Northern Lights she earned an AAU All-American award and helped her team win a national championship.  With an unwavering smile and witty one-liners, she can lighten any mood and is a source of motivation and positive energy to those around her.  During her five years with the club, she has gained a reputation for wearing some of the best, most memorable outfits to the ice cream social.  Outside the gym, she excelled in the classroom by maintaining a 3.9 grade point average and graduating with honors.  It is evident that she will be missed next year, but it’s reassuring to know that she’ll make a big impact down in Texas at St. Edwards University.  Without further ado, it is my privilege to announce that this year’s Maurice Batie Award of Excellence recipient is Emily Tran.  Congrats Emily!